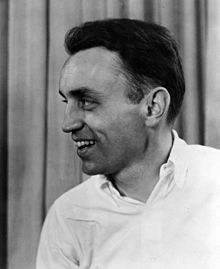 Gores was born in Cincinnati OH. He graduated from Princeton University with a degree in Greek and English studies in 1939. He then received a degree in architecture from Harvard in 1942, studying under Marcel Breuer and Walter Gropius. He was also influenced by the work of Mies van der Rohe and Frank Lloyd Wright.

In 1942, Gores was awarded a gold medal from the AIA. Shortly thereafter, he enlisted in the military and became a member of the top-secret operation "Ultra," developed by British military intelligence to decrypt ciphered enemy communications. Gores was awarded the Legion of Merit and the Order of the British Empire. After the war, he joined Philip Johnson in New York City, working together on projects including a significant addition and gardens for the Museum of Modern Art and the design of the Hodgson House in New Canaan. It was during this period that Gores began associating with Buckminster Fuller, August Heckscher, and others sensitive to energy conservation and the environment. Gores's innovative ideas about are evident throughout his work especially in partially underground homes such as the House for All Seasons designed to limit fuel consumption.

Gores, his wife Pamela, and their family moved to New Canaan in 1948 and established his own architectural in 1951. In 1954, Gores contracted polio and was confined to a wheelchair for the remainder of his life. His design work included projects such as Strathmore Village, Van Doren Hospital, and New Canaan Country Day School. During the 1940s and 1950s, Gores lectured at the Pratt in New York. Many thanks to researcher Catherine Westergaard Cramer. 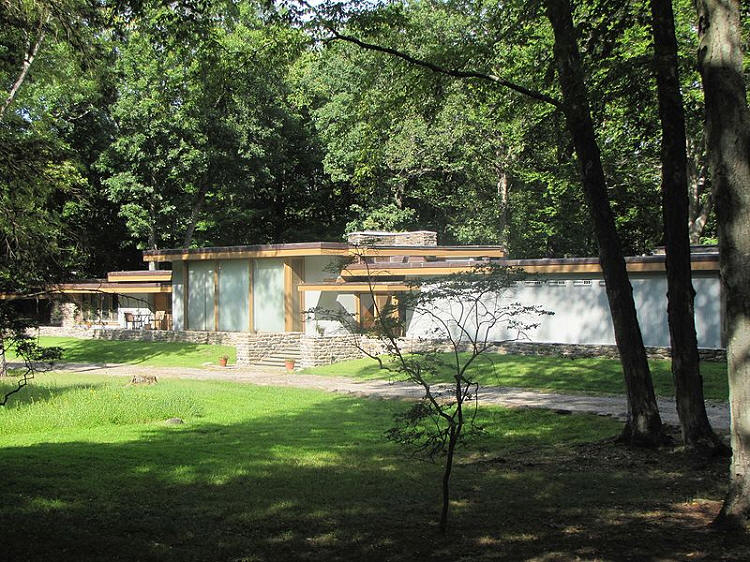 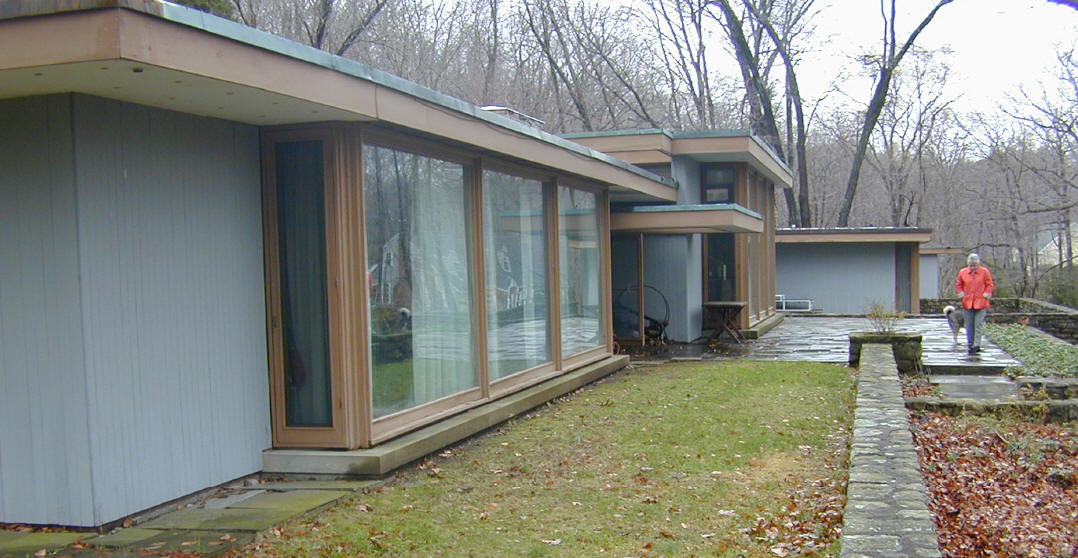 1948 - The Landis and Pamela Gores House, 192 Cross Ridge Road, New Canaan CT. John C. Smith was the general contractor. Lighting design by Richard Kelly. One of the very first Modernist houses built in New Canaan. Featured in House & Home, January 1952. Renovated in 1970 and 1985. Named to the National Register of Historic Places in 2002. As of 2019 still owned by the Gores family. Protected by preservation easement in 2019. Top photo from the Landis Goreswebsite, bottom by Heather McGrath. 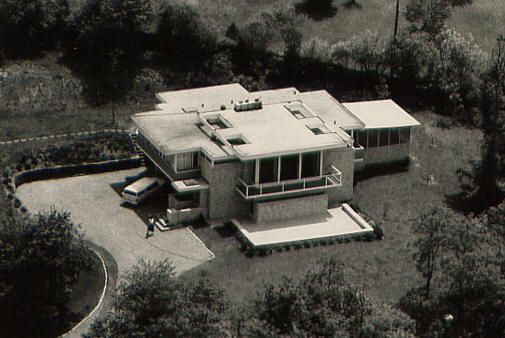 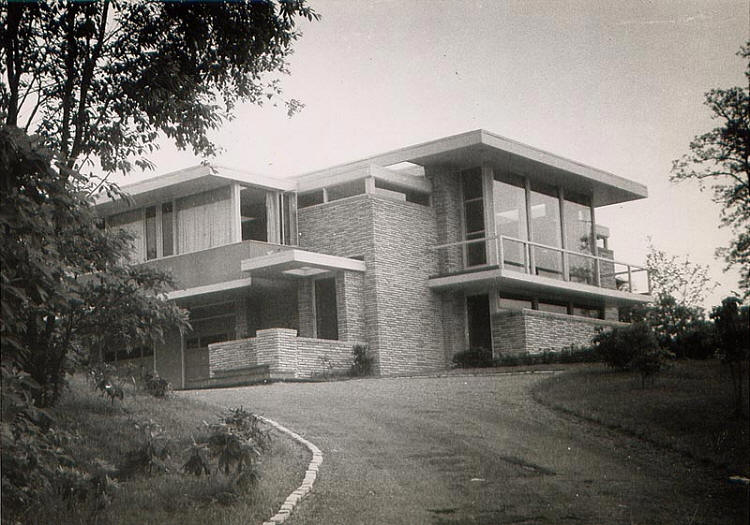 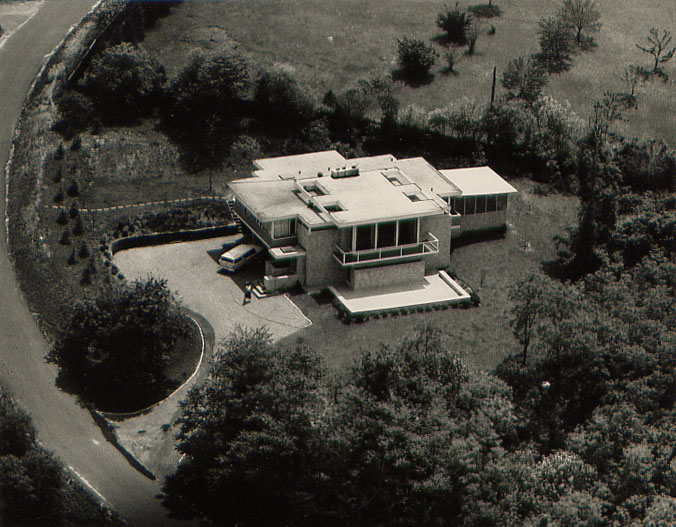 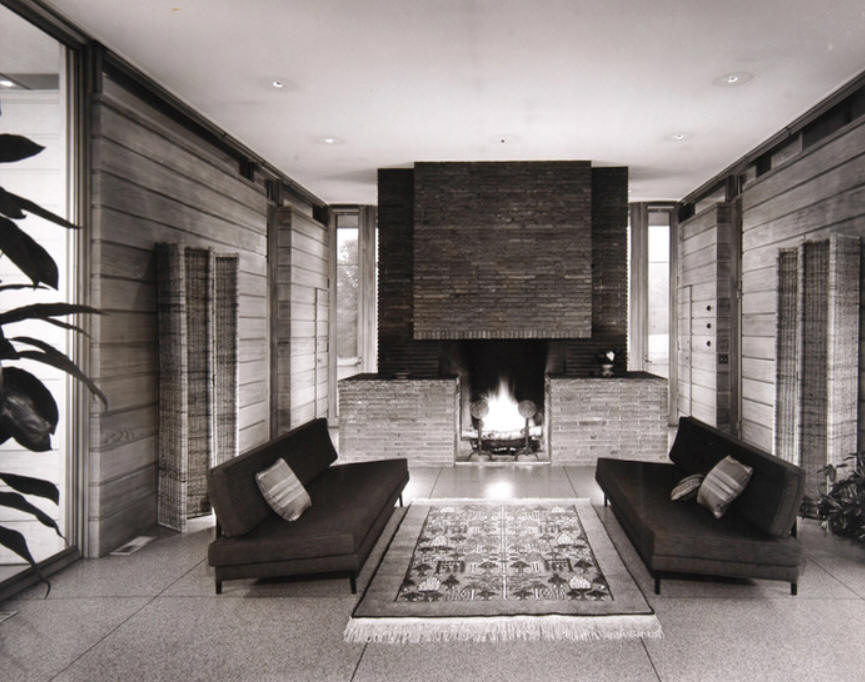 1960 - The Jack N. and Jane Irwin Pool House, aka Gores Pavilion, 848 Weed Street, New Canaan CT. Jack Irwin was the US Ambassador to France, and his wife Jane Watson was the daughter of the founder of IBM. Sold in 2005 to the City of New Canaan as a public park. Renovated by architect William D. Earls. One wing is dedicated to the modern architecture of New Canaan while the other wing is a gallery of what's new in modern architecture. Photos by Bob Gregson. 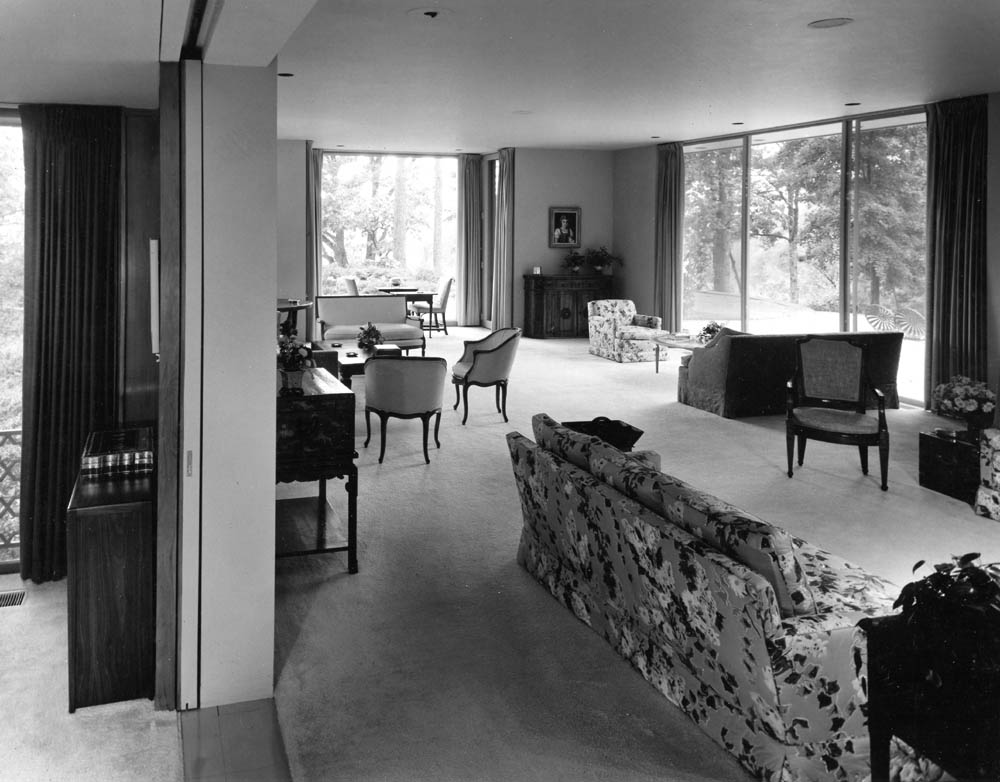 1964 - The James Swallen Addition, 257 Wahackme Road, New Canaan CT. Original house is a 1954 Techbuilt. Gores designed a family room and great room addition framed with steel columns. The addition is connected to the main house by a narrow corridor. Listed on the National Register of Historic Places. Sold in 2005 to Michael D. and Aileen Kelly Mastey. Photo from the New Canaan Preservation Alliance. 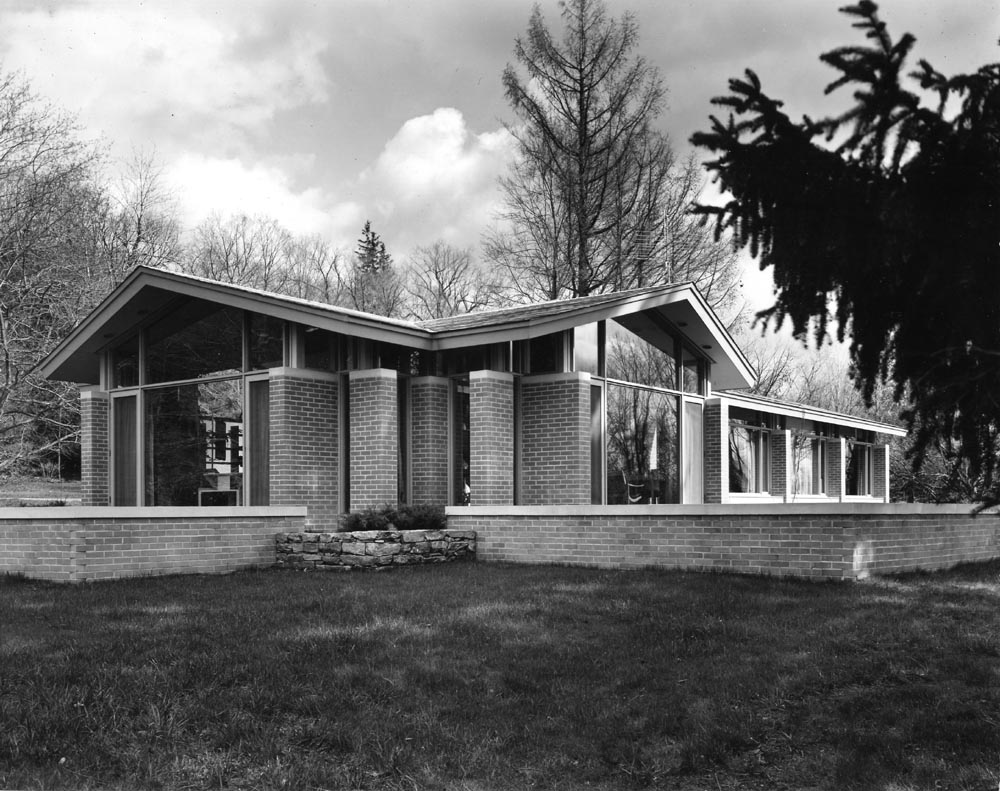 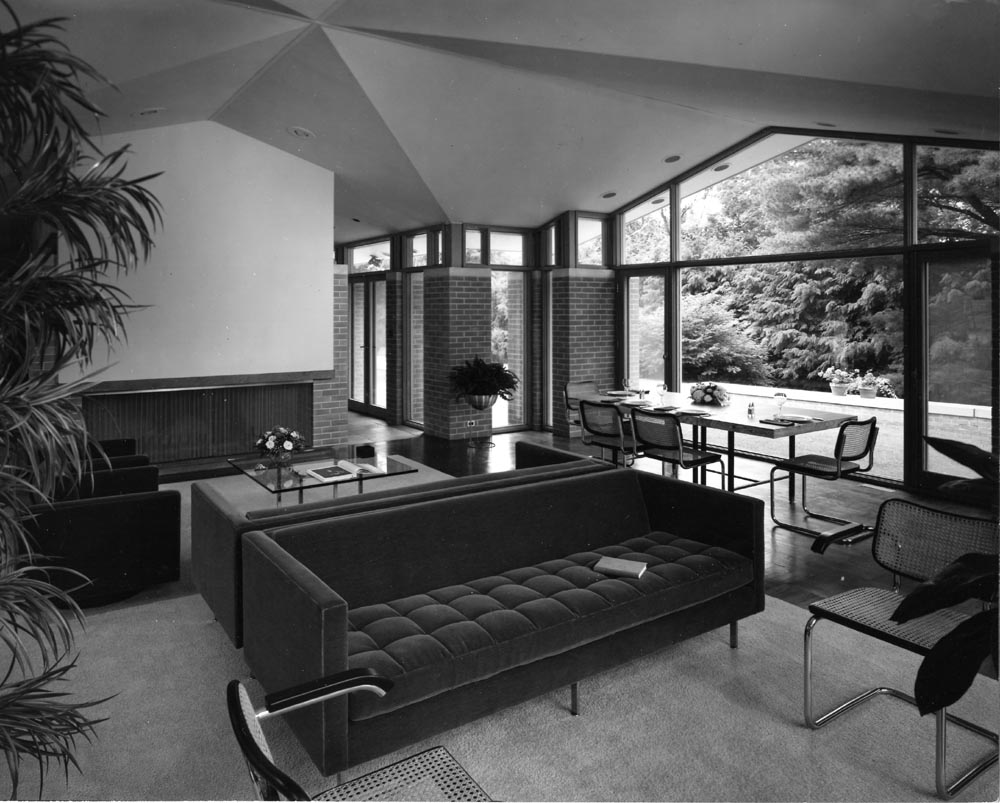 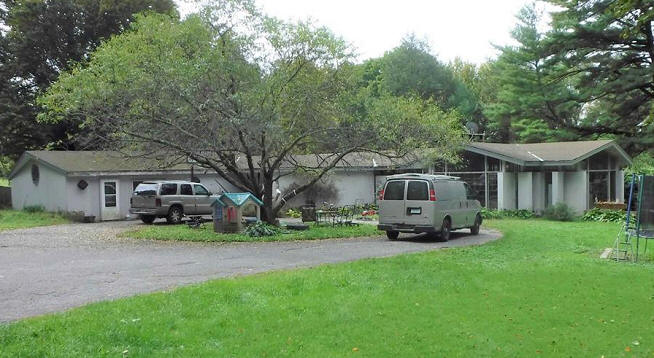 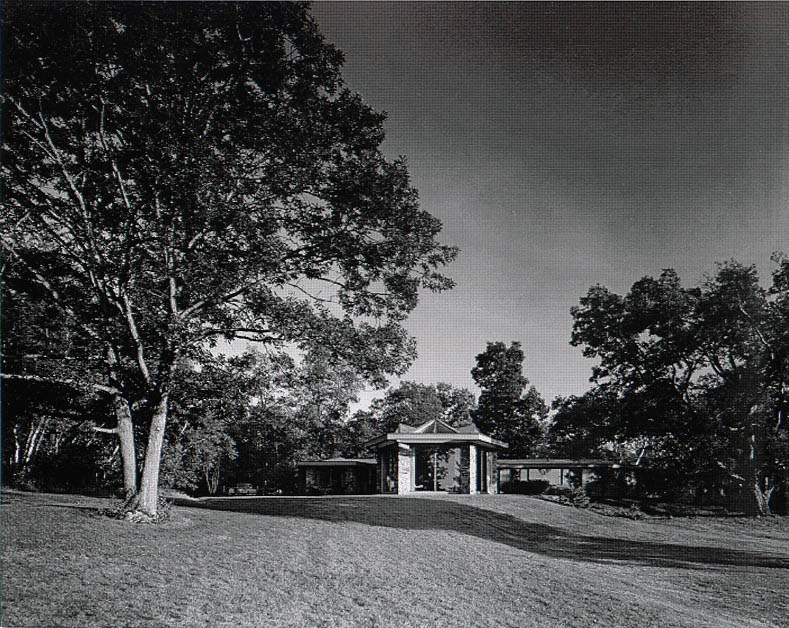 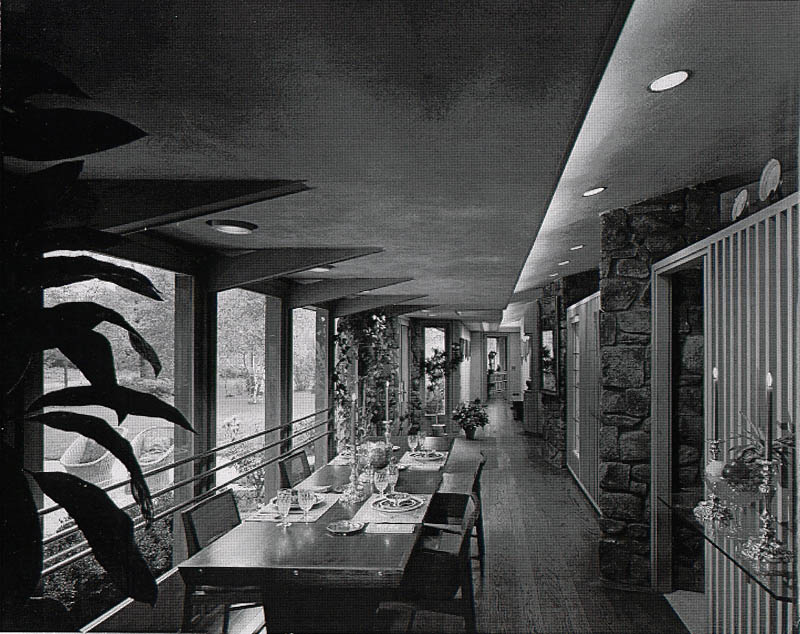 1965 - The Close House, New Preston CT. Photos from the Landis Gores website. Status unknown. Do you know where it is? 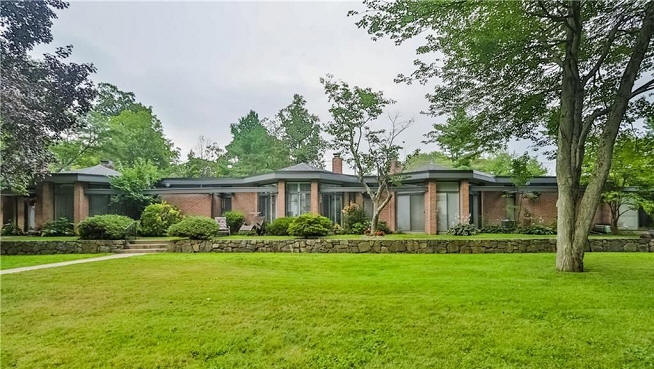 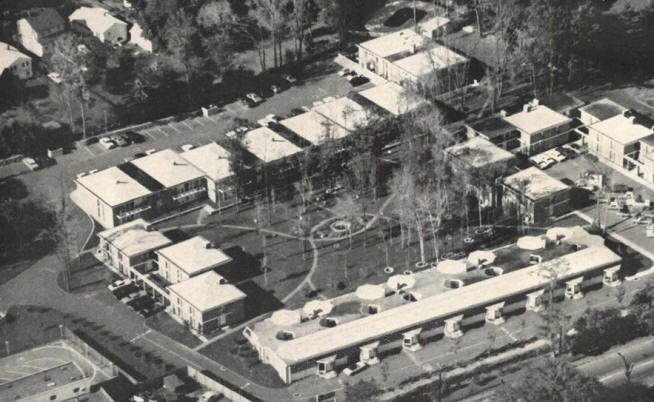 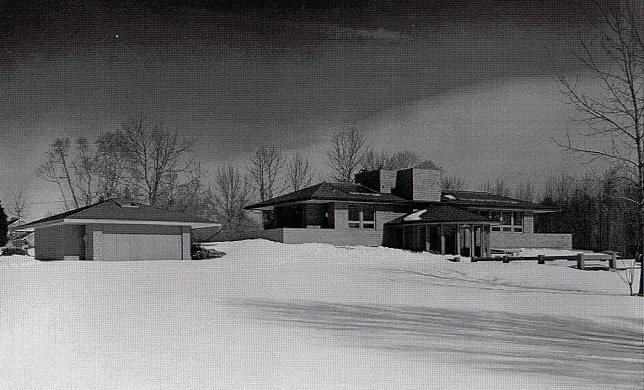 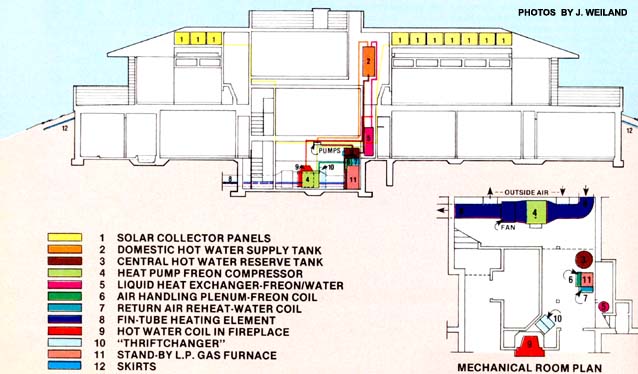 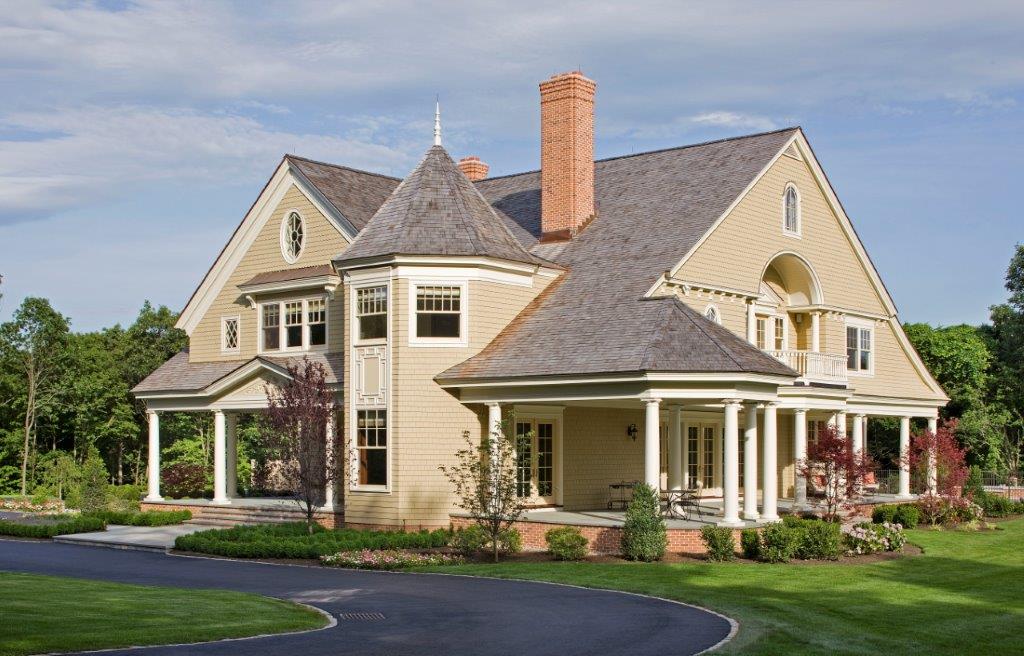 1978 - The Landis and Pamela W. Gores House, aka House for All Seasons, 33 Soundview Lane, New Canaan CT. Designed with Paul Sturges. Sold in 1988 to Bernard D. and Mary Ann Raxlan. Sold in 1997 to Thor Raxlan. Sold in 2006 to Andrew C. Pearson and Shiva Sarram. With mold and other deterioration, it was destroyed in 2006 for a new house, bottom photo, designed by Wadia Associates.